Since time immemorial, people have been fascinated with the evolution of certain things that interest them. Fashion has always been a part of humanity’s history. Even in the distant past, people showed great talent in creativity. Despite being primitive, their strong fashion sense and abilities led to clothing using available materials like leaves and animal skins. As time went by, humans started discovering new materials and fabrics, developing skills to manufacture clothes. Humans came a long way from donning simple clothes to wearing fancy dresses. In just a short period, people learned and created many things. It’s a genuinely marvelous evolution.

The Origin of Jeans

Jeans are a part of our daily lives. You’ll see them worn by people walking on the streets, on display at malls, and you could even be wearing one yourself right now. But, have you ever wondered how long jeans have been around?

Since the early 1500s, there was a trade of jean fabrics from Nimes, France, and Genoa, Italy. This trade could have inspired the term ‘jeans’ derived from the French word for Genoa. They manufactured different fabrics as work clothes like dungaree, but the first-ever official blue jeans were invented and patented by Jacob W. Davis and Levi Strauss in 1873. They tried using different fabrics like the brown cotton duck, but they soon found denim to be a more befitting material for work pants.

Between the late 1800s and the early 1900s, jeans were made just for men. But of course, there were times when women tried on their husband’s or brother’s jeans for practical use in farms and ranches. There’s just no stopping these brave women. One fun fact was when a suffragette named Elizabeth Smith Miller became the first woman to wear pants. In 1951, when she was disgusted with her long skirt after working in the garden, she decided to wear something she describes as Turkish trousers up to the ankle with a dress reaching four inches below the knee. After the birth of the first women’s jeans, things went uphill, and this also paved the way to the inception of countless styles of jeans.

In the olden days, women struggled for equal rights. They were mocked by men when donning men’s clothes. But thankfully, Levi Strauss & Company made a bold decision that has changed the destiny of women’s fashion forever. They presented the world’s first exclusive women’s jeans in 1934. Initially created for Western women living on farms and ranches, these innovative jeans were marketed to women vacationing and working at horse ranches who welcomed guests from the Eastside. The jeans were cuffed, loose, and high-waisted, perfect for a hard day’s work. The late 1960s was the Flower Power Era. The hippies used this slogan as a symbol of nonviolence and passive resistance. “Make love not war” was the most famous phrase used. The hippies incorporated the symbolism of the movement in their outfits. Jeans have low-waist styles, vibrant colors, and women also started decorating their clothes with embroidered flowers, peace signs, patches, and other striking designs. In the early 1970s, Flared Jeans and Bell Bottoms fitted at the waistband and went wider down the legs are women’s fashion staples. There was also the Elephant Bell which was even more expansive and more flared around the calves. Sasson Jeans, which were darker and tighter, were also popular in the late 70s.

Designer Jeans rose to fame during the 1980s. Guess, Wrangler, Calvin Klein, and Jordache were just a few of the most renowned brands people craved for in this decade. There are many famous styles in this era, and one of them was the Ripped Jeans or the Distressed Jeans, which were popular among hard rock and heavy metal fans. Another famous style was the Acid Wash Jeans which originated in the early 90s but had roots in the surfer culture in the 1960s. The High-waisted Cuffed Jeans and the Tighter Cropped Jeans were also part of pop culture. Denim on Denim or Double Denim was also one of the top fashion looks where it’s all about oversized jackets, acid wash, and tight jeans. The 80s is undoubtedly an artistic era.

The 1990s is known as “The Rise of the Jeans Era,” which introduced and reinvented many styles. The Mom Jeans or the high-waisted jeans, for example, have recently been famous again with a now more relaxed fit to boot. With the rise of Hip-Hop also came Baggy Jeans or wide-leg jeans, which gave you an exact picture of how they looked. There were also the Carpenter or Cargo Jeans that were also popular in this era. These jeans feature multiple pockets and tabs, which are perfect if you want to bring many things simultaneously. Just put them in those pockets and go forth! Also famous were those Bootleg and Low-rise Jeans that became a trend for musicians and actresses at the time, along with the Straight Leg Jeans, which were all fabulous and comfortable to wear.

The 2000s and present-day era also have their list of popular and unique jeans. The Flared Jeans are loved dearly by women of all sizes, thanks to these jeans’ versatility. Ankle Pants or Cropped Jeans are shorter than the standard hem. This one stops just above the ankle, hence the name. Skinny Jeans are curve-hugging and one of the well-loved jeans because of their versatility. Dark Wash Skinny Jeans are perfect for pear-shaped and hourglass shapes, and lighter wash looks best for apple and athletic forms. The Colorful Jeans are specially made for the fun-loving and those who love colors and adventures. Then there are the Laced-up Jeans which are somehow unique. The jeans are usually laced from hip to ankle and have stretch denim material to cover those valuable parts. Every single day brings new ideas to designers and artisans. It’s exciting to anticipate what will be coming tomorrow. The Staying Power of Jeans

Are you still wondering why jeans never run out of style and why they are so popular? Here’s a simple answer: jeans are never just a fad. They are a fashion trend that never ends. Jeans are always fun to wear, and you can wear them anywhere and almost anytime. Be it casual, semi-formal, or smart casual, you’ll never go wrong. There are different styles and colors to choose from depending on your mood or preferred style. Women’s Jeans never really disappear; they’re always in the process of being reinvented or redesigned. What fades today may shine tomorrow in a different light. That’s the power of jeans.

If you’re looking for unique and reliable jeans, whether you’re a local retailer, a premium fashion brand, a fashion graduate, or a store owner, FASHIONLINE can provide you seamless solutions with exceptional quality, cutting edge technology, and high efficiency at a competitive price. You can check the catalog for wholesale women’s jeans with premium styles and comfort you can trust. 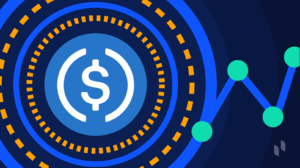 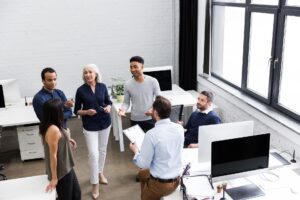 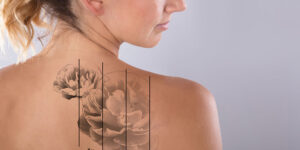 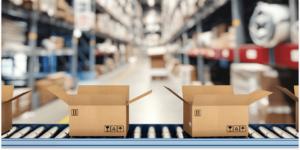 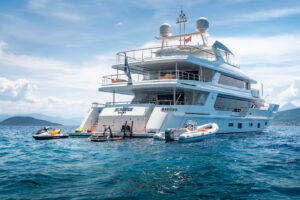