Workplace discrimination and harassment have always been a significant concern among different businesses. A study conducted in 2020 indicated that over a quarter of non-English employees were victims of prejudice. Many workers have faced being mistreated and discriminated against by their superiors/colleagues. On the other hand, LGBT+ workers face harassment, and a majority of these victims don’t even report the crime/s. So, the onus lies on office managers and employers to reduce discrimination by making workplaces secure and comfortable for their employees. There should be no room for tolerance towards discrimination based on gender, sexual orientation, color, ethnicity, faith, disability in a professional setting. And here’s how leaders can eliminate inequality in all forms:

A manager’s duties include eliminating all forms of bullying, molestation, and discrimination. So, as an individual in a position of authority, you must not neglect harassment, no matter how casual it may seem. Leaders often pretend they didn’t notice bullying happening right below their noses. They try brushing such incidents under the carpet. They come with excuses such as “it’s mere banter,” or “they didn’t mean anything serious” to discount the victim’s experience. It would be best if you never overlooked these not-so “petty” events.

Leaders should practice inclusivity that helps them become aware of their prejudices and learn their preferences. It’s called inclusive leadership, where managers pursue various perspectives for better and informed decision-making. They ensure that all team members are heard, respected, and fairly treated. Experts believe that organizations that pursue inclusive leadership enhance their potential for creativity and innovation. It helps leaders harness diversity for the company’s progress.

You must be cautious about your language while communicating as a leader. For instance, try being gender-neutral when addressing a group where women are present. Learn which pronouns people with non-traditional gender identities prefer. Avoid using sloppy/careless language that may create false perceptions of stereotyping. Don’t speak words that denote racial/sexual inequality. It would be best if you also evaded – as a leader – comments that make people feel vulnerable in the workplace.

Leaders should strive to change policies that contribute to discrimination instead of following them slavishly. They must challenge the status quo and not permit unintentional biases to dictate offices of the 21st century. Our younger generation doesn’t hesitate to question old-fashioned norms. They are more likely to speak against principles that unconsciously lead to certain groups getting unfair treatment. Generation Z produces proactive leaders who work to promote workplace inclusivity.

People have certain unintentional prejudices or are unconsciously biased toward certain groups. It’s essential to learn about these predispositions, especially for workplace managers. Since it isn’t healthy to not acknowledge your preconceived notions about “minorities.” The people at Harvard created IAT (Implicit Association Test). It helps you learn your biases and understand your attitude toward different categories. These questions check your biases against nine characteristics:

Companies often employ the services of outside experts well-versed in organizational development to foster a more productive culture. This practice helps leaders avoid the harmful effect called groupthink. It happens when people make irrational decisions inadvertently since they’re afraid to cause any dissent within the group. That’s why outsourcing intellect brings you outside your comfort zone while giving you a reality check. So, leaders should escape the confines of groupthink and realize the situation as it – actually – is!

Have a conversation with your employees and gather their feedback. Your staff’s willingness to talk about workplace discrimination and its possible solutions indicate the progress of your endeavors. These dialogues allow you to discover loopholes in anti-discrimination and harassment policy implementation. At the same time, your employees’ feedback will enable you to improve your anti-discrimination efforts. It’s also your duty as a leader/manager to create a safe space for open conversations. These discussions will help you bring more diversity into the workplace.

Hiring prejudice constitutes one of the most dominant forms of workplace discrimination. Leaders shouldn’t allow themselves to be biased against candidates with unfamiliar names and unheard-of countries of origin. Sometimes, managers try blind recruitment in which a candidate’s sensitive information gets removed from resumes. So, don’t make applicants change their surnames merely to appear American. Also, any language barrier or cultural anomaly mustn’t stop you from hiring excellent candidates with the necessary credentials and skills for a particular job.

Leaders must reward employees based on their performance and should play no favorites. Always upload the golden standards of justice when determining bonuses, reviews, and promotions. Some experts have found that colored employees are 25% less likely to receive a raise than their white colleagues. Similarly, only 40% of women aged 30-44 become managers compared to 47% of their male peers. Managers should avoid these pitfalls by judging people solely on performance instead of personal attributes.

Discrimination has many faces and is visible in different forms. For instance, some African-American workers have faced “hair discrimination” in which their natural hair is deemed “unprofessional” by employers. A leader must be able to recognize discrimination at first glance. You can’t discriminate against a person based on gender, age, race, creed, gender, marital status, sexual orientation, political beliefs, or disability/impairment. Moreover, the following acts count as discrimination:

Incidents – such as the death of George Floyd – have made Americans more outspoken about the threat of white supremacy in the United States. A Morning Consult survey asked American adults from all races which current issues they want business leaders to address. It shows that over 60% of respondents want companies/executives to address racial and social inequalities in the USA. This makes anti-discrimination measures imperative for the survival of your business in this decade. Consumers emphasize how brands respond to the accusations of white privilege and the Black Lives Matter movement. Thus, reducing workplace discrimination isn’t ethical rather a requirement for modern-day companies to thrive in an increasingly aware society.

Previous Post: « Five Things an Investor Should Expect From a Company They Are Invested In
Next Post: Steps of Getting a Decent Financial Adviser » 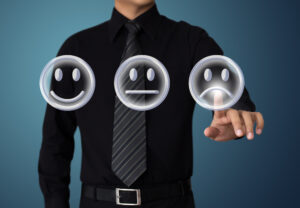 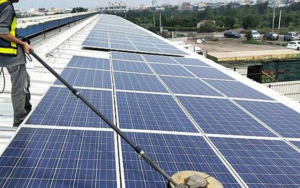 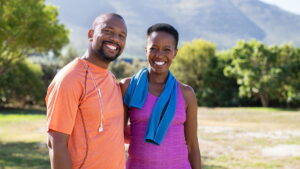 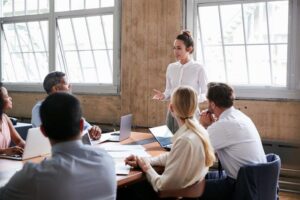