Although still an illegal drug, the smoking and consumption of marijuana or weed as it is also called, is quickly becoming a common thing. Because it is yet to be legalized, one might be required to take a drug test for various reasons. At work, an employer may ask an employee to take the test if he begins to notice habits or behaviors that weren’t exhibited by the employee in the past, and are likely to be side effects of marijuana consumption.

Another reason may be to prove to a judge that one isn’t a stoner (people who smoke weed on a regular basis), so as to retain custody of one’s child or retain visiting rights. People can also take tests of their free will to know if they are free of any trace of weed that they previously smoked. These tests can be taken for so many reasons that we won’t be able to list them out. You may have questions about how to pass a marijuana drug test and hopefully, they are answered in this article.

There is so much information on the internet about the best ways one can ace a drug test in the shortest time possible, and because this information is all over the place, it’s easy to get confused. In this article, we’ll go through the best methods you can employ to increase your chances of passing a drug test. But before we go into all of that, let’s iron out a few things:

What exactly does weed leave behind?

According to Kingcropdelivery.com, the effect of smoking or consuming weed can be felt almost instantly however, even after the ecstasy it brings has worn off, metabolites of weed remain in a smoker’s body. These metabolites or remnants of marijuana are called cannabinoids, and they can be detected in the urine, saliva, hair, fingernails, and blood.

What do drug tests look for?

Drug tests look for traces of tetrahydrocannabinol (THC). This is the most active psychoactive ingredient found in marijuana and is responsible for the “high” people get after smoking or consuming weed. Among all the samples that can be collected for a drug test, urine is the one that traces of THC remain in for a longer period of time. It is worthy of note that compared to other illegal drugs consumed, marijuana has the longest detection time, as its metabolites get stored in the body’s fat cells.

How long does THC stay in the body?

There is no standard time for how long tetrahydrocannabinol can stay in the body. Some estimates say it can remain in the body for up to two months. All in all, how long THC remains detectable in a person’s body depends on several factors like:

As earlier mentioned, there are many reasons for which one would be asked to take a drug test. However, it is most common in work places where employers try to ensure productivity and workplace safety. If you need to take a test under short notice, you’d find the following methods on how to pass a marijuana drug test useful:

This easily passes as the cheapest method one could employ for this purpose. It is a way to detox without having to buy any detox drink. This method works because water helps to dilute urine thereby making detecting THC difficult.

Although being the cheapest, there’s a catch to this method. A person may be asked to provide another urine sample if the one originally provided was too diluted leading to highly inaccurate readings. Also, medically, drinking too much water isn’t good for the body, so, you might want to be careful. Click here to learn more about how much water you should take daily. In drug testing today, detox drinks and kits are becoming the go-to option because its effect is as quick as its effective. These detox drinks rid the body of remnants of THC and any other foreign element. These drinks are often made of fruits rich in fiber and other plants that help to rid the body of toxins.

Detoxification drinks and kits are usually expensive and, in most cases, cheap ones are bound to be fake or less effective. That said, if money isn’t a factor, this method is highly recommended.

With this method, it’s more of cheating the drug testing than passing it. But whichever way, the end goal still remains for the test to come back negative. In this method, one could either use synthetic urine, that of a friend or any other person, or even animal urine.

The challenge with this method however, is keeping the sample at body temperature. That said, there are ways people work around this. For instance, the sample can be kept in the groin area or under the armpit to keep it warm.

In this method, urine is contaminated by mixing it with household chemicals like bleach, soap, peroxide, eye drops, and salt, which help hide the presence of THC. These days, many drug testing labs are able to detect adulterated samples and tag them as invalid, however, not all of these chemical adulterants can be easily detected. Chemicals like isopropanol, Visine eye drops, and a few others cannot be detected to date.

Cardio exercise have also been found to help rid the body of toxins, including THC at a much faster rate. It works by causing one to sweat more, literally sweating out toxins. That said, the effectiveness of this method depends on several factors like a person’s weight, metabolism, height, how frequently they work out, and the frequency and quantity of weed consumed. Visit https://www.exercise.com/learn/will-exercise-help-you-to-pass-a-drug-test-for-cannabis/ to learn more about how cardio exercises can help rid the body of toxins.

The following methods work quite well if done properly. However, the thing with these tests is that they are often required to be taken on short notices to take people unawares. Because some of these methods require a few days to actually work, one may have to employ the delay test method. This is simply doing everything possible to delay the test in order to buy enough time to get one of the other methods down. Take note however, that if you delay for too long, it would become suspicious.

Previous Post: « How to Launch a Direct Mail Campaign
Next Post: How to Get Ready for a Post-Quarantine Summer » 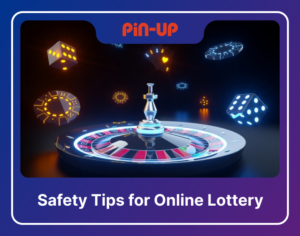 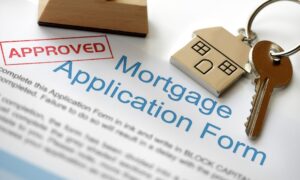